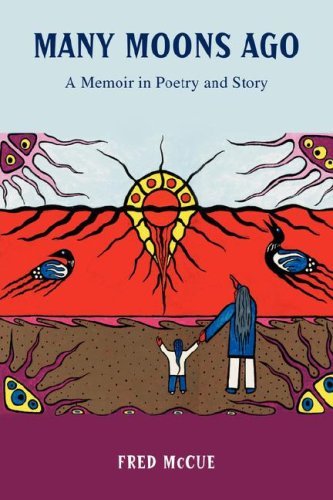 Many Moons Ago: a Memoir in Poetry and Story

Many Moons Ago: a Memoir in Poetry and Story

These are the poignant recollections of one man about his childhood and coming of age in a developing First Nation community struggling valiantly to preserve its identity in twentieth-century Canada-an era of discrimination, stereotyping, and governmental persecution. With poems, stories, and memories, Many Moons Ago entertains while bringing understanding to a new generation of his Native and non-Native readers. Many Moons Ago is a powerful and vivid exploration of author Fred McCue's life story, set against a backdrop of fables, ancestral legends, and historical perspective of the Curve Lake, First Nation reservation in Ontario, Canada. The stories, poems, and memoirs capture the culture, the language, and the teachings of Mother Earth and her eternal spiritual qualities of a time gone by. They reflect the hardships that McCue and his community endured through poverty, social globalization, and the loss of their right to survive off the land. Told with courage, humour, compassion, and ancestral pride, these stories resonate off the pages and into one's own value of the importance of belonging. Many Moons Ago pays tribute to humanity and fortitude and celebrates McCue's people, his way of life, and his memories.