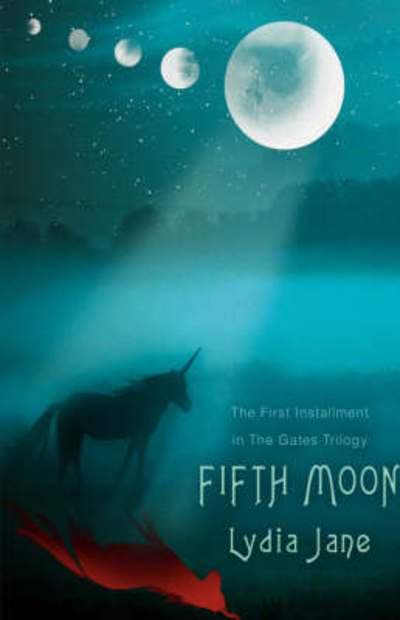 He, the dim morning star will return,
In full blackness of night,
When body, power, mind, and soul,
Under the fifth moon unite.

Years have passed since the Dragon Wars almost annihilated the entire dragon race, and the dark creatures have all but died out, scattered throughout the realm, never to unite as one again. All they have left to cling to is a promise made by Haren ages ago, a prophecy that through a Chosen One the world would once again belong to darkness. Now, this Chosen One has been born in an unlikely, inconceivable form: a unicorn. Gifted with the ability to control darkness through his voice alone, Moonbeam joins an emp called Feo, preparing to defeat and gain one of the dragon hearts, the heart of Azul, the magic dragon.

The only thing standing in his way is a Japanese Chin, a small dog who sees the future and knows of his one weakness hidden away. Now this dog, along with two human companions, an elf princess, a lox, and Moonbeam?s twin brother, Lionheart, begin an unimaginably difficult journey to stop the unicorn prince before he can fulfill the Prophecy, returning Elath to shadow.