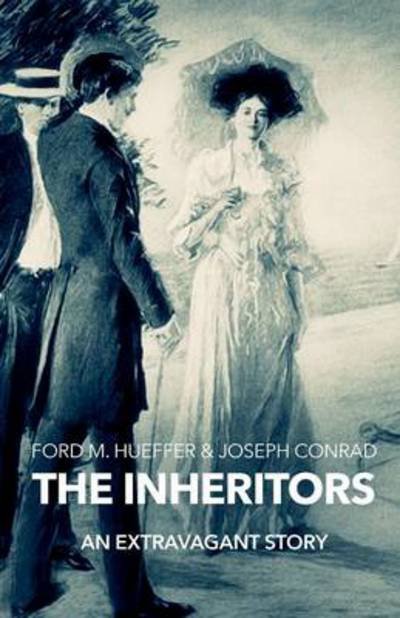 Publisher Marketing: This early work by Ford Madox Ford was originally published in 1901 and we are now republishing it with a brand new introduction. Ford Madox Ford was born Ford Madox Hueffer in Merton, Surrey, England on 17th December 1873. The creative arts ran in his family - Hueffer's grandfather, Ford Madox Brown, was a well-known painter, and his German emigre father was music critic of The Times - and after a brief dalliance with music composition, the young Hueffer began to write. Although Hueffer never attended university, during his early twenties he moved through many intellectual circles, and would later talk of the influence that the "Middle Victorian, tumultuously bearded Great" - men such as John Ruskin and Thomas Carlyle - exerted on him. In 1908, Hueffer founded the English Review, and over the next 15 months published Thomas Hardy, H. G. Wells, Joseph Conrad, Henry James, John Galsworthy and W. B. Yeats, and gave debuts to many authors, including D. H. Lawrence and Norman Douglas. Hueffer's editorship consolidated the classic canon of early modernist literature, and saw him earn a reputation as of one of the century's greatest literary editors. Ford's most famous work was his Parade's End tetralogy, which he completed in the 1920's and have now been adapted into a BBC television drama. Ford continued to write through the thirties, producing fiction, non-fiction, and two volumes of autobiography: Return to Yesterday (1931) and It was the Nightingale (1933). In his last years, he taught literature at the Olivet College in Michigan. Ford died on 26th June 1939 in Deauville, France, at the age of 65. Contributor Bio:  Conrad, Joseph Polish author Joseph Conrad is considered to be one of the greatest English-language novelists, a remarkable achievement considering English was not his first language. Conrad's literary works often featured a nautical setting, reflecting the influences of his early career in the Merchant Navy, and his depictions of the struggles of the human spirit in a cold, indifferent world are best exemplified in such seminal works as Heart of Darkness, Lord JimM, The Secret Agent, Nostromo, and Typhoon. Regarded as a forerunner of modernist literature, Conrad's writing style and characters have influenced such distinguished writers as F. Scott Fitzgerald, Ernest Hemingway, William S. Burroughs, Hunter S. Thompson, and George Orwell, among many others. Many of Conrad's novels have been adapted for film, most notably Heart of Darkness, which served as the inspiration and foundation for Francis Ford Coppola's 1979 film Apocalpyse Now.