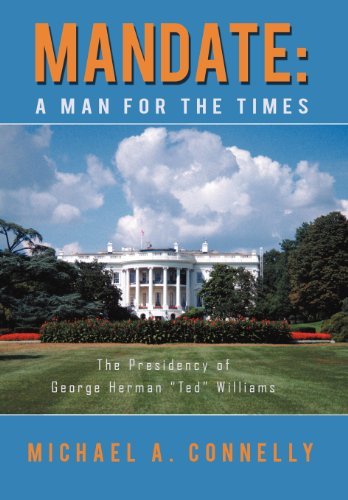 Mandate: a Man for the Times the Presidency of George Herman "Ted" Williams

Mandate: a Man for the Times the Presidency of George Herman "Ted" Williams

The Federal Government-never good at long-term planning and recently coming up tragically short in near-term adaptive economic oversight-has also never been more gridlocked. Partisan politics, self interest, economic misinformation, and mindless slogans rule the day-at one of the most critical and transitional times in our history.

On the other hand, advances in technology continue, the United States has an incredibly powerful industrial engine and amazing productive capacity in place, and the potential is clearly there to address all the issues listed above.

The Novel 'Mandate: A Man for The Times' is an optimistic, research-intensive, character-driven, humorous, and insightful 'fantasy' of how the United States might reach its technology-fueled potential over the next twenty years.

Growing up, future president Williams gets an intense, 'hands-on' education in business and economics working in his father's turbulent GM auto dealership. Williams earns a PhD in economics from Yale and works with a charismatic professor, Dr. Lester Walden, who is leading an eminent team making groundbreaking advancements in global economic modeling, simulation, and analysis. Williams also pitches for the Boston Red Sox, and becomes head of the Players Union. (MLBPA)

Williams will lead the MLBPA in complex and historic negotiations with the MLB Owner's Committee and new MLBFA, and eventually become a successful Congressman and Governor of Massachusetts.

Governor Williams brings together Dr. Walden, Don Reddy, the 'Sanity Party,' and a meticulously assembled team of the 'best and brightest' senior advisors to build a uniquely capable coalition that wins the presidency with gridlock-breaking mandate, and then brings superbly informed adaptive economic oversight to bear to finally make accelerating technological advance and globalization truly benefit the average hardworking American.