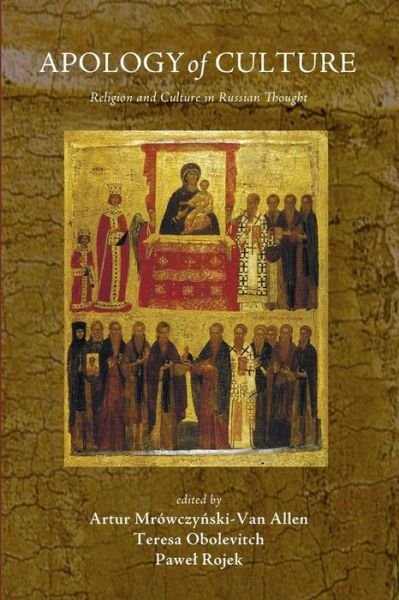 Publisher Marketing: Contemporary philosophy and theology are ever more conscious of the fact that the model of relations between religion and culture developed in modernity is fundamentally flawed. The processes of the secularization of society, culture, and even religion are rooted in the dualistic vision of religion and culture introduced in the late Middle Ages. In seeking a way out, we need to explore domains of culture unaffected by Western European secular thinking. Russian thought is remarkably well prepared to formulate an alternative to secular modernity. Indeed, in Russian culture there was neither a Renaissance nor an Enlightenment. Eastern Christianity retained an integral patristic vision of human nature that had not been divided into separate ""natural"" and ""supernatural"" elements. These pre- and non-modern visions are now gaining exceptional value in the postmodern reality in which we find ourselves. The heritage of Russian Christian thought may serve as a source of inspiration for alternative approaches to religion and culture. In this respect, Russian thought may be compared with nouvelle theologie, Radical Orthodoxy, and other recent movements in Christian postsecular thought. For this reason it remains astonishingly contemporary. ""Apology of Culture is a timely volume addressing the unity of theology and culture in the conditions of extreme secularization of all forms of life. The appeal to the Russian religious philosophical thought provides a fresh look at the place of humanity in the world where diminution of communities and alienating tendencies of technology become threatening factors of its stability. The volume complements sources on 'Radical Orthodoxy' by advancing the scope of modern critique of secularism, atheism, and nihilism."" --Alexei Nesteruk, Senior Research Lecturer, University of Portsmouth, UK ""Faced with the twin threat of moral relativism and secular nihilism, much of Christianity has become far too defensive and pietistic. To restore and renew Christendom, we need to re-enchant religious transcendence and recover the archaic western wisdom in a more culturally mediated and dispersed idiom. A more imaginatively 'incultured' faith can unite the patristic fusion of biblical revelation with Greco-Roman philosophy to the Romantic blending of high with popular and folk culture. These extraordinarily rich essays highlight the crucial contribution of Russian religious thought to such an orthodox yet generous Christian revival, in particular the integral unity of the person, the city and the cosmos; . . . mystical metaphysics combined with cosmic contemplation binds together nature with the supernatural and culture with faith."" --Adrian Pabst, Senior Lecturer in Politics, University of Kent, UK Artur Mrowczy ski-Van Allen is Professor at the International Center for the Study of the Christian Orient and Instituto de Filosofia ""Edith Stein,"" Granada, Spain. He is the author of Between the Icon and the Idol (Cascade, 2013). Teresa Obolevitch is Professor at the Pontifical University of John Paul II in Krakow, Poland. Recently she published in French La philosophie religieuse russe (2014). Pawe Rojek is Assistant Lecturer at the Pontifical University of John Paul II in Krakow, Poland." Contributor Bio:  Mrowczynski-Van Allen, Artur Artur Mrowczy ski-Van Allen is director of the Slavic Department at the International Center for the Study of the Christian Orient in Granada, Spain. He is Currently Professor at the Instituto de Filosofia Edith Stein and the Instituto de Teologia Lumen Gentium (Granada), where he teaches Philosophy of History and Political Philosophy. He is also member of the Scientific Council of the Centro Studi Vita e Destino, Vasily Grossman (Turin), and Consultant of Episcopal Commission for Interconfessional Relations of the Episcopal Conference of Spain (Madrid). . He is coeditor of La Idea Rusa: Entre el anticristo y la Iglesia: Una antologia introductoria (2008).