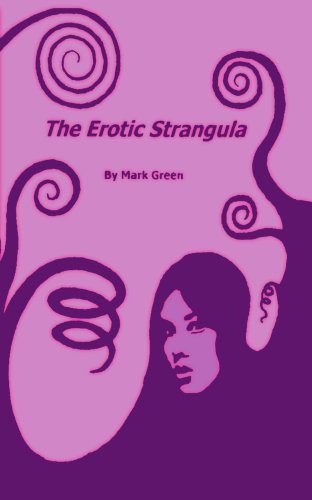 An ancient and insidious monster, dormant for years, suddenly reappears to wreak terror and havoc in a modern, California Wine Country Town. A virulent succubus that possesses sophisticated telepathic powers, it first plumbs the minds of its victims to discern what their particular sexual turn-on is and then appears to them in the form of a lovely seductress willing to facilitate it. Once the victim is brought to the brink of orgasm, the monster strangles him viciously with its unseen tentacle and then feasts on the sexual energy released. At first, Police Detective Dan Mathews believes he is dealing with a diabolical serial killer until a pretty and impetuous college coed shows up in town to regale him with tales of a fantastic Indian Legend called Tamakoteh. Deirdre Duchamp is a tempting little seductress in her own right as she retells the legend about a beautiful maiden who lives in caves and shows herself only to young, unattached males whom she first seduces and then strangles. Could it be, Deirdre wonders, that Tamakoteh is more than just a legend? Could there really be such a monster stalking the unsuspecting men of this bucolic little town?She has even coined her own 'scientific' name for the demon; she calls it The Erotic Strangula!Initially dismissed by the police as a crackpot, the pretty coed finds others who are more willing to listen to her wild story, and, as the dead bodies continue to pile up, she begins to get serious media attention as well. As the eyes of The World begin to focus in on the beleaguered town, the powers-that-be, fearing the effects of bad publicity, decide to blame Deirdre for their troubles and issue a warrant for her arrest. But Detective Mathews, baffled by the lack of clues and the impunity with which The Strangula appears to stalk and slay its victims, begins to take her theory seriously and decides to join with her in an effort to defeat the monster. Before they can do that, however, they must each, in their own time, face The St