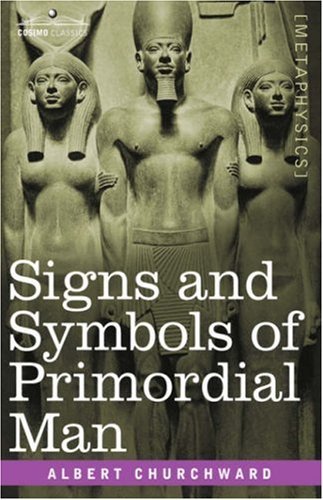 Signs and Symbols of Primordial Man

Signs and Symbols of Primordial Man

What did the ancient Egyptians know about future life, about the immortality of the soul? Why, only everything that the Freemasons have passed on to we modern types through the traditions of Christianity, Judaism, and Islam!

A bizarre but fascinating example of early 20th-century esoteric, this work will bemuse and beguile anyone interested in secret societies, grand conspiracy theories, and the trivia of world history with its rambling interconnections between the symbols of humanity's cultures and beliefs--from crosses and swastikas to circles and stars to eyes of Horus and crowns--as a demonstration of the supposed universality of Freemasonry.

The rock drawings of Australia, the ancient custom of circumcision, the zodiac, and the Ark of the Covenant: they're all inextricably joined in a web of hoary mystery laid bare here.