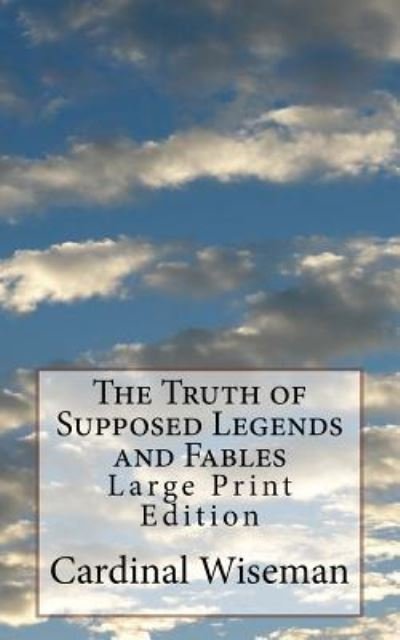 Excerpt: The subject of the address which I am about to deliver is as follows: Events and things which have been considered legendary, or even fabulous, have been proved by further research to be historical and true. Before coming directly to the subject upon which I wish to occupy your attention, I will give a little account of a very extraordinary discovery which may throw some light upon the general character and tendency of our investigation. In the year 1775 Pius VI. laid the foundation of the sacristy of St. Peter's. Of course, as is the case whenever the ground is turned up in Rome, a number of inscriptions came to light; these were carefully put aside, and formed the lining, if I may so say, of the corridor which unites the sacristy with the church. It was observed, however, that a great many of these inscriptions referred to the same subject, and a subject which was totally unknown to antiquarians: they all spoke of certain Arval Brethren-Fratres Arvales. Some were mere fragments, others were entire inscriptions. These, to the number of sixty-seven, were carefully put together and illustrated by the then librarian of the Vatican, Mgr. Marini. It was an age when in Rome antiquarian learning abounded. There were many, perhaps, who could have undertaken the task, but it naturally belonged to him as being attached to the church near which the inscriptions were found. He put the fragments together, collated them one with another, and with the entire inscriptions. He procured copies at least, when he could not examine the originals, of such other slight fragments as seemed to have reference to the subject, the key having now been found, and the result was two quarto volumes, (Footnote 80) giving us the entire history, constitution, and ritual of this singular fraternity. Before this period two brief notices in Varro, one passage in Pliny, and allusions in two later writers, Minutius Felix and Fulgentius, were all that was known concerning it. One merely told the origin of it from the time of the kings, and the others only stated that it had something to do with questions about land and there the matter ended.