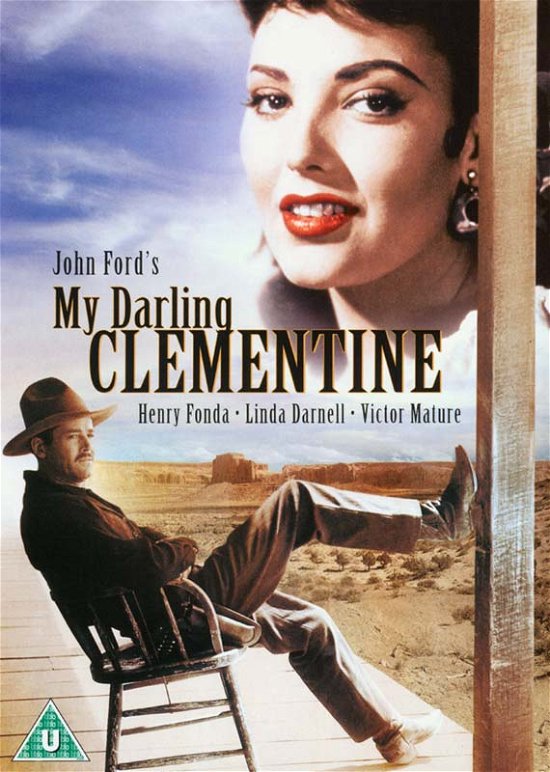 In another of his classic Westerns, John Ford again reflects upon the advance of civilisation on the receding frontier, recounting the events leading up to and including the legendary gunfight at the O. K. Corral. As they drive their cattle toward California, Wyatt Earp (Henry Fonda) and his brothers, Morgan (Ward Bond), Virgil (Tim Holt), and young James (Don Garner), stop outside Tombstone, Arizona, where they refuse an offer for their stock made by Old Man Clanton (Walter Brennan) and his son, Ike (Grant Withers). The three older brothers ride into town, and, after Wyatt subdues a drunk, return to the wagons to find James dead and their cattle stolen. With little doubt about who the perpetrators are, Wyatt decides to accept the offer to be marshal of Tombstone that he had just recently refused. Despite Wyatt's tense first encounter with melancholy gambler and gunslinger Doc Holliday (Victor Mature), a wary, tacit friendship grows between the two men, which is soon complicated by the arrival of Doc's former love, the demure Clementine Carter (Cathy Downs). Although ostensibly focused on the famed gunfight, MY DARLING CLEMENTINE's more concerned like many of Ford's films with the creation of a community, the rule of law, and the civilising influence of women on the wild and woolly West. When the showdown finally comes, it's without blood lust, as the Earp brothers conduct themselves with the ritual solemnity of samurai warriors. Given Samuel Engel's terse, elliptical screenplay, Fonda gives a subtle, brilliantly understated performance in the lead role, establishing a naturalist motif that is picked up and furthered by Joseph MacDonald's magnificent, barely lit shots of Ford's beloved Monument Valley.