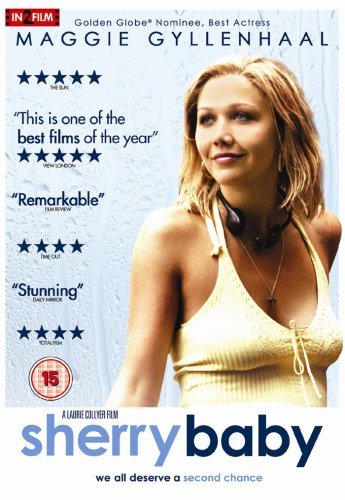 Maggie Gyllenhaal is mesmerizing as a recovering addict in writer-director Laurie Collyer's feature-length fiction-film debut, SHERRYBABY. Gyllenhaal stars as Sherry Swanson, a troubled woman who has just been released from prison, where she spent three years for robbery to support her heroin addiction. Determined to regain control of her life, she moves into a halfway house and starts looking for a job, being carefully watched by her tough parole officer (Giancarlo Esposito). At an AA meeting, she is drawn to Dean Walker (Danny Trejo), a gritty older man who befriends her--but his ties to her dangerous past life threaten to pull her back in. Sherry's main desire is to re-establish a relationship with her young daughter, Alexis (Ryan Simpkins), who is being raised by Sherry's brother, Bobby (Brad William Henke), and his wife, Lynnette (Bridget Barkan)--but Lynnette doesn't trust Sherry, wanting to keep Alexis for her own. As Sherry struggles to get back on track, she plays by her own rules, with drugs and a return to prison waiting just around the corner. Gyllenhaal gives a raw, bare, powerful performance as the embattled and desperate Sherry, who will do almost anything to regain her daughter's love. Loosely based on the story of one of Collyer's closest childhood friends, SHERRYBABY, which got its start in the Sundance Filmmaker's Lab, is an emotional rollercoaster of a movie, with realistic characters, an excellent cast, and plenty of surprising turns.