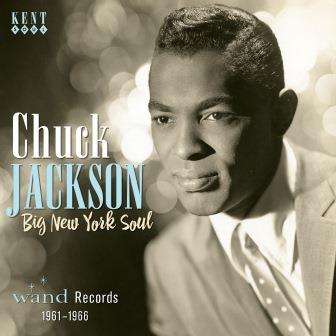 We released the best of Chuck Jackson's Wand recordings on

all of Chuck's eight Wand LPs on four CDs. A review of the tape

from our Wand trawl of the mid-80s, along with recent tape

discoveries, means we can issue a final CD of previously

Of the eight previously unheard songs debuting here, the

highlights are the perky opener 'Things Just Ain't Right', a

tremendous cover of the Curtis Mayfield-written 'Need To Belon

originally covered by Jerry Butler and 'Anymore', a duet with

See everything with Chuck Jackson (e.g. 7", LP, CD and VINYL)