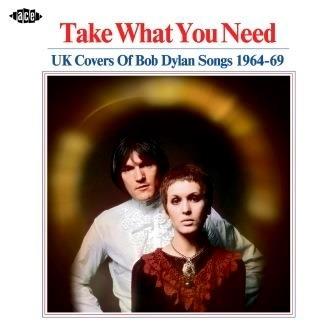 Take What You Need

Take What You Need

A compilation of cover versions of Bob Dylan songs recorded by British artists in the 1960s.

"Take What You Need" gives a unique perspective on Dylan's compositions, with the choice of songs starkly contrasting to those recorded in America during the same period.

This collection runs the gamut of musical genres from folk to country rock, taking in singer-songwriters, rhythm & blues and pop.