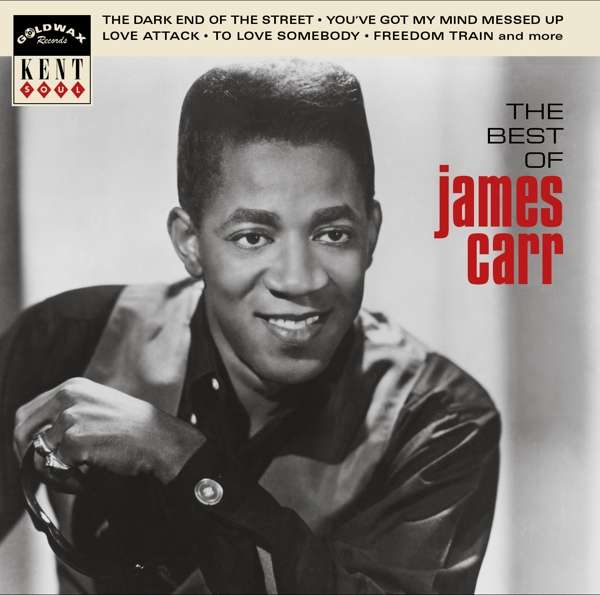 James Carr's Goldwax career, lasting from the end of 1964 to early 1970, is revered among soul music fans.

out of fourteen releases; each success is here. His intensely emotive style has continued to win fans long

after his career and life ended, while his reputation has climbed into the top echelons of soul singers,

mentioned by those who know with similar awe to those of Otis, Aretha and Sam Cooke.