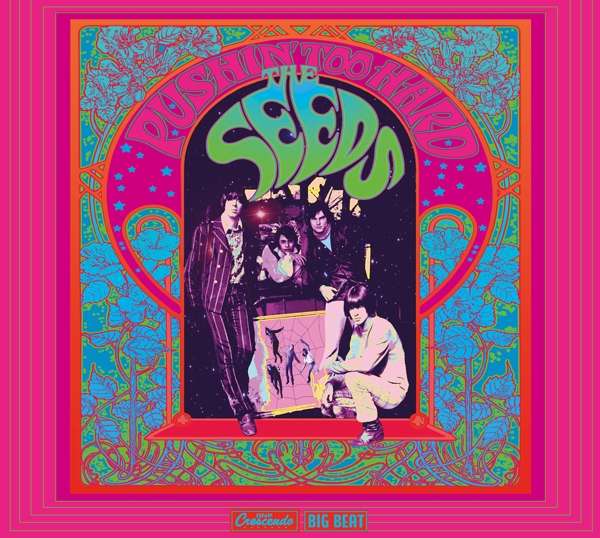 Big Beat's series of reissues dedicated to the Seeds reaches its apex with the compilation "Pushin' Too Hard: The Seeds", the accompanying soundtrack to an acclaimed rockumentary tracing the rise and fall of these 60s garage icons.

Directed by GNP Crescendo's Neil Norman and written/produced by Ace's own Alec Palao, "Pushin' Too Hard: The Seeds" is an extensive trip through the career of the exemplary quartet, and its eccentric frontman, Sky Saxon. The frequently off-centre tale is told via extensive interviews with members of the band and their retinue, vintage footage, rare photos and memorabilia, and insights from Seeds fans such as Iggy Pop, Bruce Johnston of the Beach Boys and the Bangles.

ACCOMPANYING SOUNDTRACK TO A ROCKUMENTARY