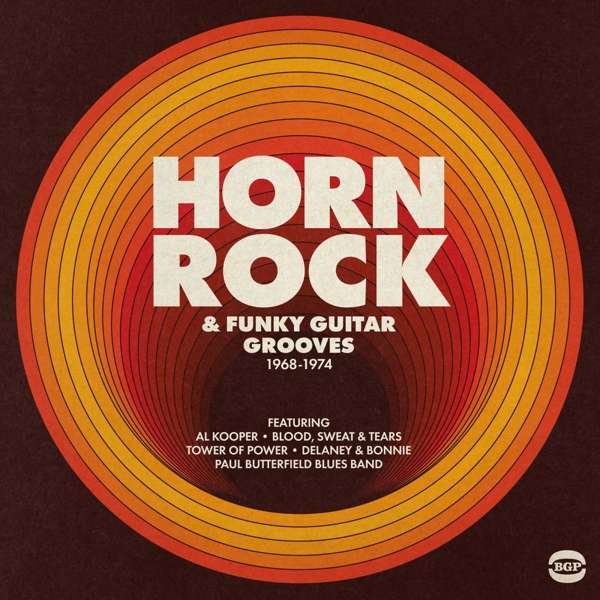 1968 was the year when rock music went back to its roots. Many cite Dylan & the Band and their search for a mythical America, but for others it was a return to the jazz, soul and rhythm & blues they had grown up with and that first got them into music. "Horn Rock & Funky Guitar Grooves" explores these escapes from psychedelia in a 17-track compilation that stretches geographically from New Jersey to San Francisco, and on down to Memphis and New Orleans as rock once again became danceable.

"Horn Rock & Funky Guitar Grooves" embraces an era and a sound that is often overlooked for self-consciously heavier and hipper sounds. These records are today sampled for their good grooves, and championed by DJs of retro sounds for their dancefloor adaptability.