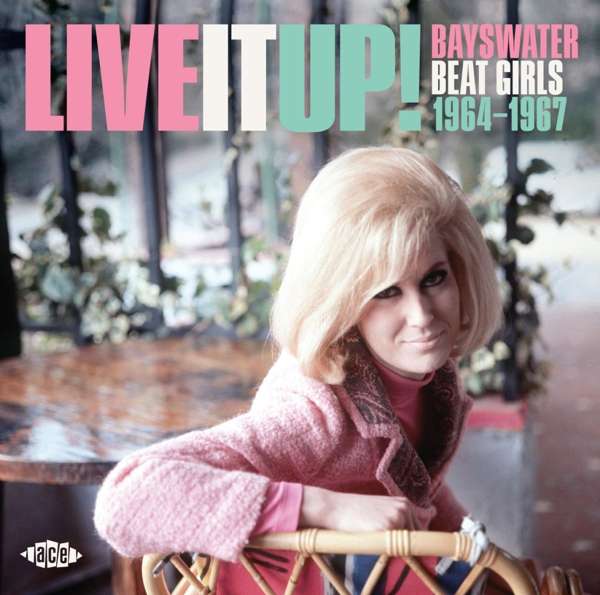 Ever since Brit Girls became a recognised collecting genre and compilations started appearing in the 1990s, the young women who recorded for Decca, EMI and Pye in the 60s have been well-represented; the Philips ladies less so. With "Live It Up! Bayswater Beat Girls 1964-1967", Ace restores the balance by focusing on neglected female pop gems that originated from Stanhope House in Stanhope Place, Bayswater, London W2: the address of the UK arm of Philips Records and its associated labels, Fontana and Mercury.

Along with hand-picked tracks by familiar names such as Madeline Bell, Kiki Dee, Susan Maughan and, of course, Dusty herself, "Live It Up!" includes a host of gems by lesser-known artists. Angelina, for example, delivers two prime examples of the baroque Phil Spector-meets-folk rock sound that makes records by Vashti, Zouzou and Judi Smith so sought after by avid collectors these days. That's just two highlights of many on this gorgeously packaged 25-track collection, which comes with a bumper booklet featuring scarce photos and ephemera, an introduction by genre-expert Ian Chapman and a 5000-word track commentary by compiler Mick Patrick.