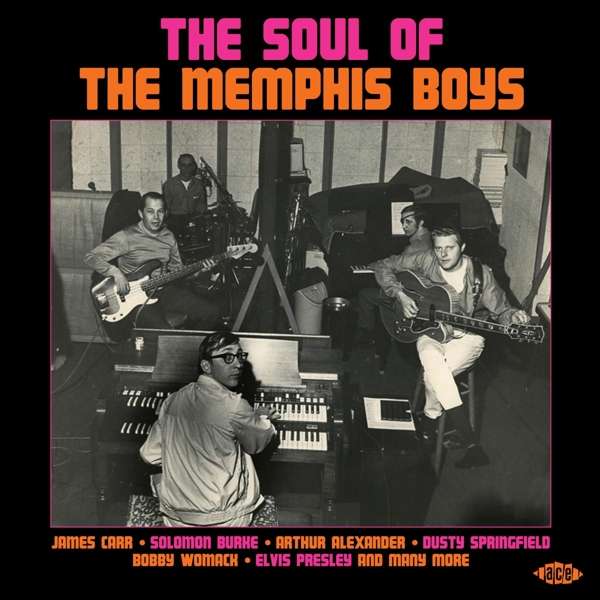 The Soul Of The Memphis Boys

The Soul Of The Memphis Boys

The long-awaited follow-up volume to the successful "Memphis Boys: The Story of American Studios" (CDCHD 1330) showcasing the brilliant accompaniments of this top session group, directed by Chips Moman.

This new release focuses primarily on the studio's sublime southern soul output by headline stars and lesser knowns, primarily from quality labels such as Atlantic-Atco, Bell-Amy-Mala and John R's Sound Stage 7 in the years 1967-72. The vast majority of tracks are making their Ace CD debut.

Soulful tracks by Jerry Lee Lewis, Dusty Springfield, the Box Tops and Elvis Presley sit easily here, along with a rare cut by Darlene Love and the Blossoms.

Compiled by experts John Broven and Red Kelly (known as the Soul Detective), who has written a detailed note to go with an introduction from Memphis Boys keyboardist Bobby Wood. A beautifully illustrated booklet completes the package.