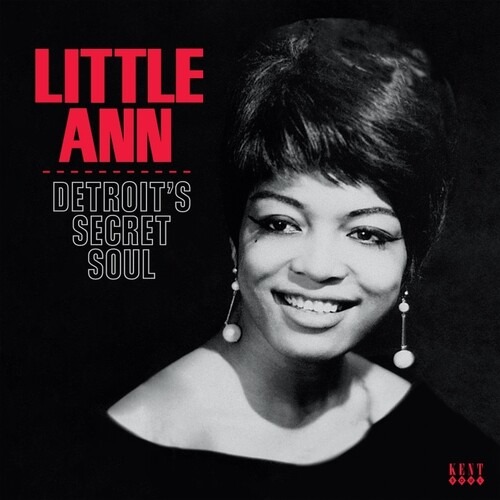 We follow up last year's Little Ann LP release with an expanded CD featuring the same songs but with numerous new variations for her many fans.

Apart from the nine original Dave Hamilton recordings, we have them all as instrumentals - showcasing Dave Hamilton's arrangements and music. There are two alternate vocal versions of her biggest dance tracks and an a cappella version of her epic 'Deep Shadows'.

The four super-rare 1972/3 Canadian sides appear on CD for the first time. In fact, 19 of the 25 tracks have their digital debuts. We found a missing verse to 'Possession' which has never been previously heard and the intended 45 mix of 'Sweep It Out In The Shed' is included.

Most of the original vocals have been remastered, several from superior tapes. The sleeve notes are the most detailed yet on Ann's short but eventually applauded career.

The CD's release coincides with the publication of Richard Gilbert's book which covers his discovery of the identity of Ann's Wigan Casino anthem 'What Should I Do' and other great Detroit soul stories.