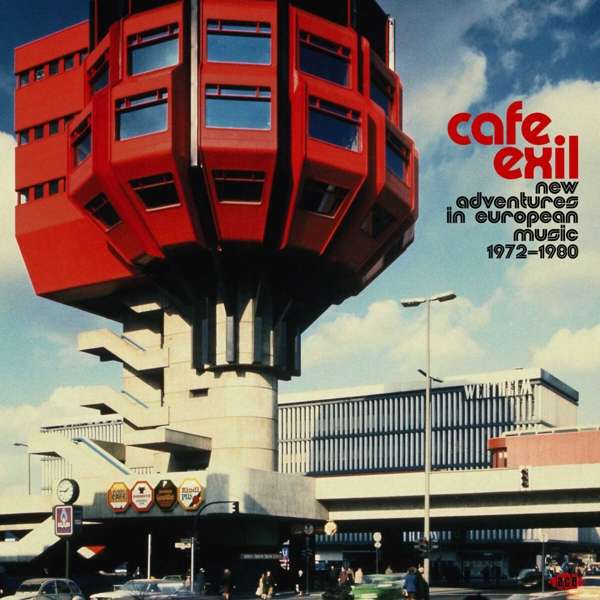 When David Bowie and Iggy Pop relocated from LA to continental Europe, taking trains to Berlin, Paris and Warsaw, they would have come across new music that was very different to the burgeoning disco scene they left behind. "Cafe Exil" - named after one of Bowie's favourite Berlin haunts - imagines the soundtrack that would have informed "Low", "Heroes" and "Lodger". It's an awesome mix of electronica, Krautrock and experimental treats.

"Cafe Exil" has been put together by Saint Etienne's Bob Stanley and Jason Wood, author of multiple books on cinema and programmer at Home in Manchester. It fits in with other recent Ace compilations such as "English Weather" and "76 In The Shade" - it creates a mood, a time and a place. You're right there, sat next to Bowie, drinking his Pernod and black, in a darkly lit Berlin bar.