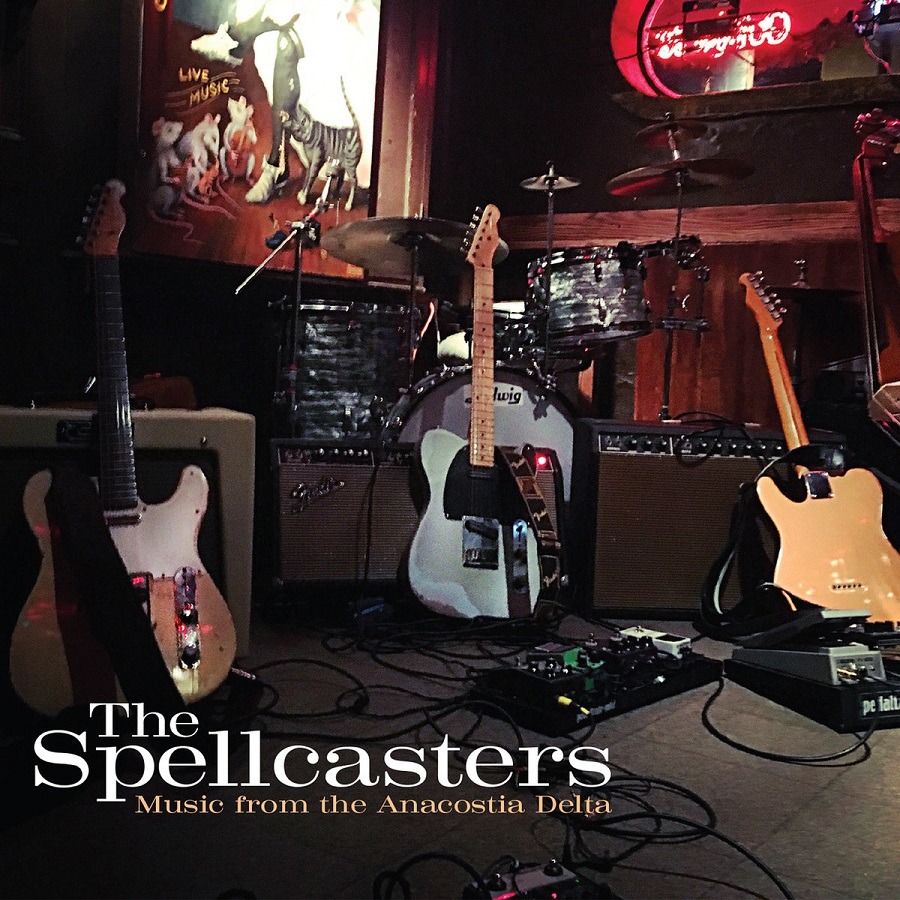 Music from the Anacostia Delta

Music from the Anacostia Delta

The Spellcasters specialize in music made by and for that unique and marvelous American invention, the Fender Telecaster. Two "Telly" masters who have particularly inspired the band are D. C. legends Danny Gatton and Roy Buchanan. As much as they celebrate these mentors, though, The Spellcasters have sought their own identity, which is a crossroads of styles that straddles the Mason-Dixon Line, where jazz, rockabilly, R&B, country, and rock 'n' roll are one. This is not so much a band of soloists as it is a guitar orchestra. It could be argued that The Anacostia Delta, comprising D. C., Southern Maryland, and Northern Virginia, has its own regional sound. If so, this group is devoted to exploring every corner.

Anthony Pirog is the youngest member of the tribe, an avowed experimentalist, and yet an old soul with deep knowledge of tradition. He's part of the renowned duo Janel and Anthony as well as The Messthetics, which he co-leads with members of the legendary DC punk group Fugazi. He is also a participant in the 'all-star' eclectic jazz/rock album Five Times Surprise, which is being released on the same day as The Spellcasters.

Dave Chappell has played with countless D. C. musicians, and leads his own "take-no-prisoners" group that rocks, wails, and twangs all over town. He took lessons with Gatton in the early 80's and performed with him.

Joel Harrison is a fearless adventurer based in Brooklyn, NY with 20 CDs of original music and genre-bashing covers under his name. For him the Spellcasters is a road back to his roots. Harrison grew up in D. C. following Gatton around like a stray dog.

Bassist John Previti and drummer Barry Hart have intersected with a broad swath of D. C's finest since the 1970's. Previti was Gatton's bassist for 20 years and together they've backed up Gatton, Evan Johns, Rick Whitehead, and members of The Nighthawks, toured together in Danny's group Fun House in the late 1980's. Their chops have been honed by thousands of gigs from the White House to The Crab Shack, from the Birchmere and Blues Alley to Bertha's Mussels.

See everything with Spellcasters (e.g. CD)