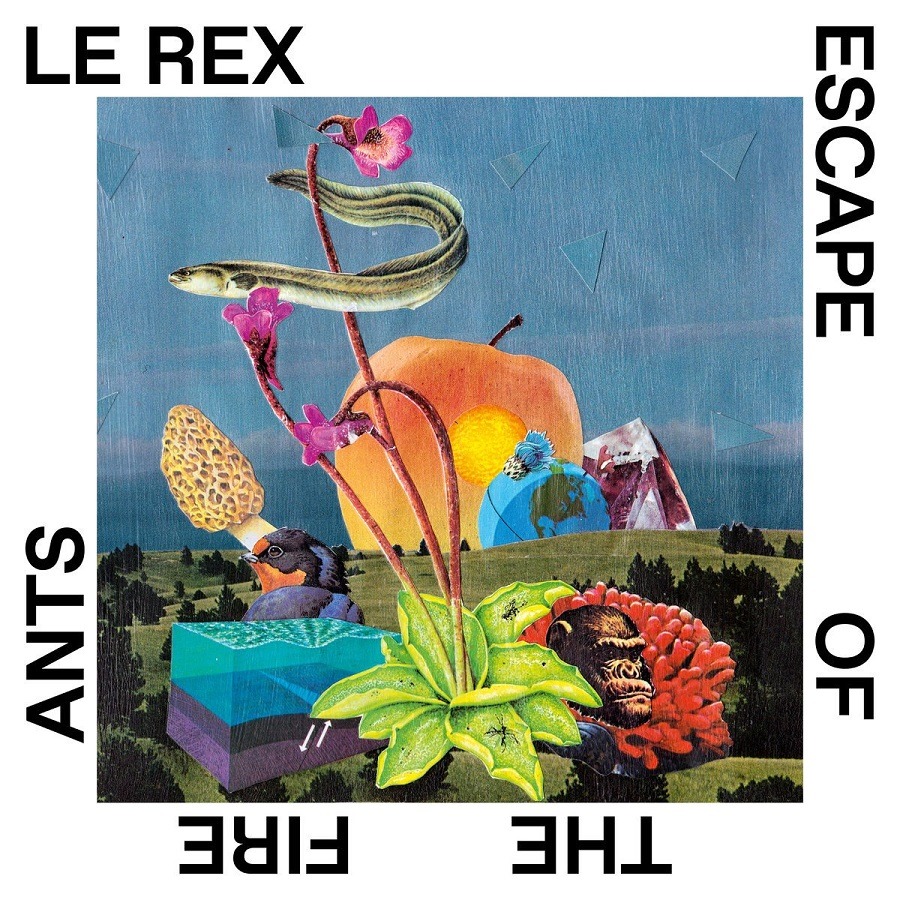 Escape of the Fire Ants

Escape of the Fire Ants

The renegade Swiss ensemble Le Rex reinvents brass groove music with the improvisation-laced Escape of the Fire Ants. The group's fourth album is the band's most confident and cohesive, marked by consistently compelling compositions, and performances. It was recorded in a studio that reflects this 'jazz' band's 'indie-rock' esthetic.

It's cosmopolitan music drawing on far-flung influences and connections to Chicago, Belgrade, Cape Town, New Orleans, and Lagos. Rather than flaunting their eclectic palette, Le Rex transmutes its source material into seamless original works reflecting the fundamental strength that flows from musicians who've put in the time to forge deep ties on and off the bandstand.

"We always play without charts on stage, and for this recording we did the same thing. We took two days every month to learn the music, and played small gigs to really get the tunes in shape. We have this common sense of humor that translates to the music. Playing on the street helped us develop that. We realized on the street you have to be entertaining, which led to players moving around a lot on stage. It's not only a visual thing. It's a sonic thing too. If the horns move away from the drums, it changes the arrangement," the group notes.

Street smart and road-tested, ferociously grooving and lyrically charged, intricately arranged and spontaneously generated, Le Rex's music contains multitudes. With Escape of the Fire Ants the band is on the march.