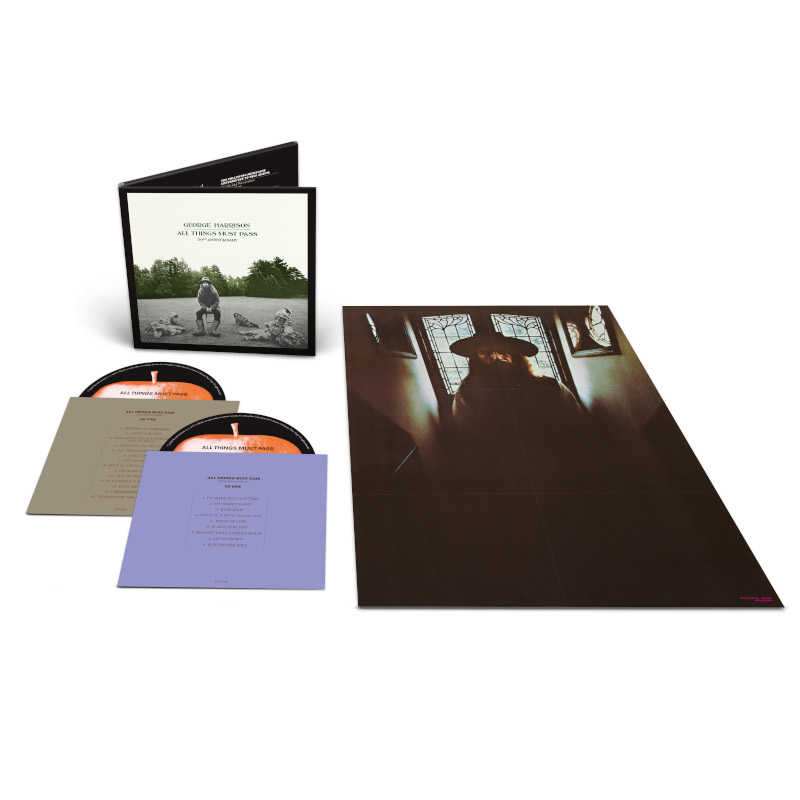 In celebration of the 50th Anniversary, George Harrisons, All Things Must Pass, is being celebrated with a suite of new releases highlighted by a stunning new mix of the classic album by Grammy Award-winning mixer/engineer Paul Hicks, overseen by executive producer Dhani Harrison. The standard 2CD features the new remix of the original album housed in a digipak. Also included is an original poster with the back containing notes by Dhani Harrison and Paul Hicks about remixing the album.