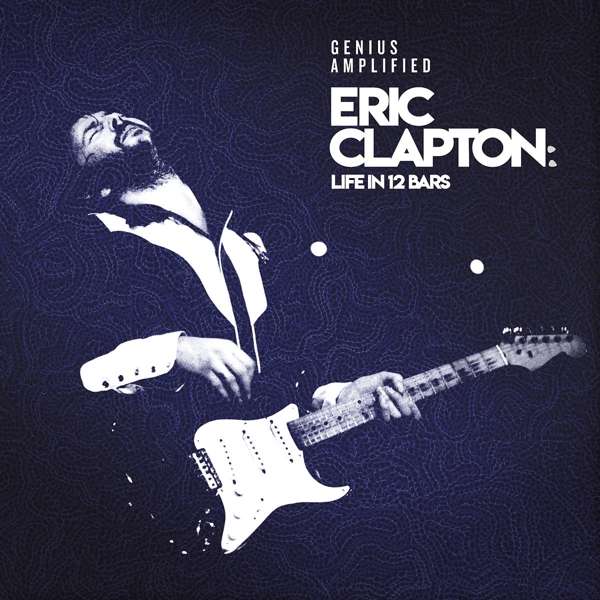 8th June sees the release of the complementary OST to the new Eric Clapton documentary, Life In 12 Bars. Directed by Oscar-winner, Lili Fini Zanuck, the film takes an unflinching and deeply personal look into the life of the legendary 18-time Grammy Award winning guitarist and multi-million selling recording artist. The OST, available as a 2-CD and 4-LP set plus digital formats, comprises 32 tracks spanning Claptons long and illustrious career. (The LP version will be released at the later date of 20th July). It includes tracks by The Yardbirds, John Mayalls Bluesbreakers, Cream, Blind Faith, Derek and the Dominos, The Beatles, Aretha Franklin, Muddy Waters and Claptons solo work.

Of the 32 featured there are five previously unreleased tracks: From the Cream era there is a version of Spoonful, an incredible 17 minute tour-de-force, recorded live at the LA Forum in October 1968 during the groups final US, Goodbye tour. There are two from Derek and The Dominos firstly a recording of High, originally recorded during the 1971 sessions at Olympic Studios for their unreleased 2nd album. This track was later revisited and re-recorded for Eric Claptons 1975 album, Theres One In Every Crowd. Secondly, the track Little Wing, a tribute to Jimi Hendrix, recorded live during the Dominos late set at The Fillmore East on 24th October 1970.

Finally, there are two previously unreleased Eric Clapton tracks from 1974; the first ever release of the entire full length recording of the international hit version of Bob Marleys I Shot The Sheriff, recorded during the sessions for 461 Ocean Boulevard and a live performance of Little Queenie, the Chuck Berry rock n roll classic, recoded at Long Beach Arena, California in July 1974 during Claptons comeback tour to promote 461 Ocean Boulevard.

In addition there are two alternative mixes made for Eric Claptons 1970 debut album. Separate mixes were made for the album, by Delaney Bramlett and Tom Dowd (in LA) and also by Clapton himself (in London). Featured in this collection are Claptons rare mixes of album highlights, After Midnight and Let It Rain.