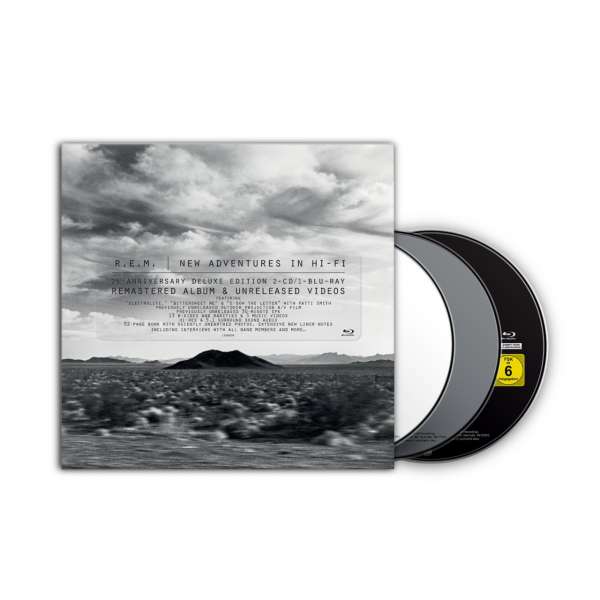 The bonus-filled 2-CD/1-Blu-ray Deluxe Edition offers a trove of audio-visual content, including the newly remastered album, 13 B-sides and rarities, a never-before-released 64-minute outdoor projection film (shown on buildings across five cities in 1996 to promote the albums original release), and a previously unreleased 30-minute EPK. Additionally, the Blu-ray features New Adventures in Hi-Fi in stunning Hi-Res and 5.1 Surround Sound audio, plus five HD-restored music videos including Bittersweet Me, Electrolite, and E-Bow the Letter. Housed in a 52-page hardcover book, the collection includes archival photographsmany of which have never been publishedplus new liner notes from journalist Mark Blackwell and reflections from all four original band members, as well as from Patti Smith, Thom Yorke, and producer Scott Litt.