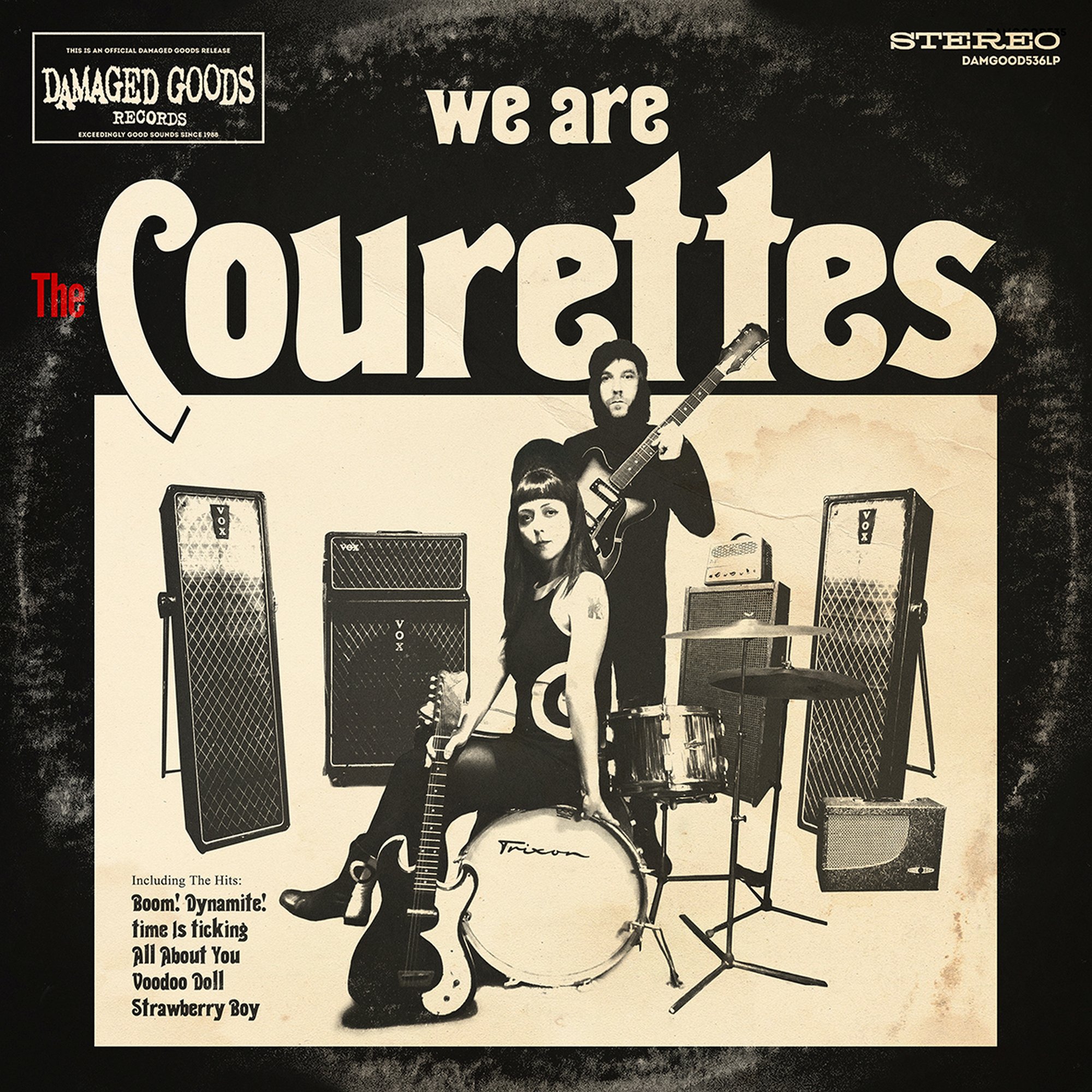 Remastered reissue of the second LP with new sleeve artwork!

The Courettes´ 2nd album was produced by PowerSolos Kim Kix with Nikolaj Heyman as engineer in 2018. This album goes deeper in its songwriting showing The Courettes´ love for '60s Girl Groups like The Ronettes and Shangri-Las. Fuzzy wild sounds are there, loud as hell drumming also, but some additional elements were added to their garage recipe: soul ballads and a handful of '60s girlie pop. Sonic quality is now stereo and overdubs like organ, piano and backing vocals were allowed all performed by The Courettes themselves, of course! Including 'Boom! Dynamite!', 'Time is Ticking' and 'Voodoo Doll' (featuring horror movie legend Coffin Joe).

The Courettes are an explosive garage rock duo from Denmark/Brazil, highly praised by the world's coolest music magazines. Their first single for Damaged Goods, 'Want You! Like A Cigarette', was released in 2020 in the middle of the Covid-19 pandemic and received airplay on BBC6 Music in the UK and spins at P6Beat and P4 in Denmark. The first pressing of the 7 vinyl sold out in two weeks. This extraordinary 45 marries a super-charged pop top side to a charging, rampaging flip" wrote Kieron Tyler (MOJO). A brand new single, 'Hop The Twig', followed in Spring 2021, featuring an exciting blend of garage, surf, '60s girlie pop and riot grrrl attitude.

Back In Mono, the duo's third album is being mixed now in Japan by Wall of Sound aficionado Seike Sato and shows the band in top form, with great songwriting and Spector-esque arrangements. The album also see them add broader nuances, influences and sound qualities to their garage rock recipe. The tunes are teen-trash-tragedy garage meets The Ronettes and The Ramones in Gold Star Studios echo chamber. Fuzz guitars, loud drums, trashy pianos, jingle bells, tambourines and three-minute dance floor garage killers where a Wall of Sound blasts the songs out of the speakers! The album will be released in Autumn 2021 on Damaged Goods Records.