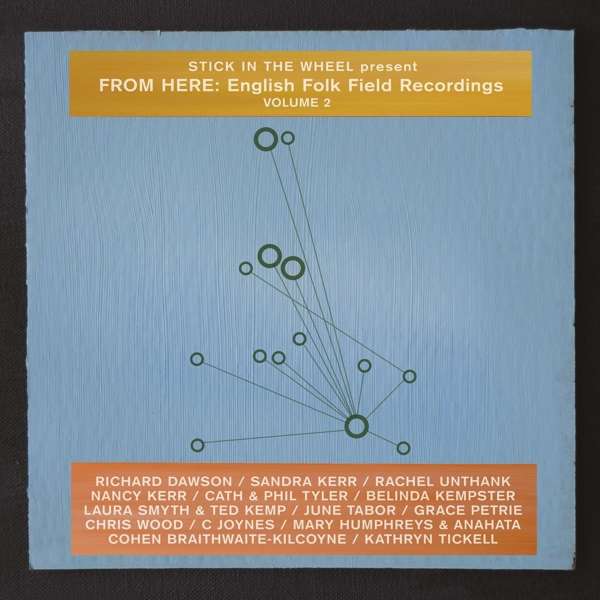 Stick In The Wheel

Stick In The Wheel

Once again, Ian Carter and Nicola Kearey of Stick In The Wheel took up their recording equipment and ventured to new places within England, both physically and metaphorically. Asking folk and traditional musicians what 'From Here' meant to them: this impulse to make music - From Here - where does it come from? What does it mean to be making this music in 2019, using the framework of English traditional music and culture? England is divided, and we may well look to the past to make sense of the future - in such times of chaos and political uncertainty, these are timely questions.

A snapshot of the English folk scene right now - from seasoned professionals to folk club singers, everyone and valid. Recorded on location, in front rooms and kitchens with two pairs of microphones, capturing immediate, intimate, yet powerful and evocative performances. This is not the collecting of songs to fit a pre-determined view of what folk music "should" be - rather, an attempt at documenting of what it is - a continuum that thrives, flourishes and persists in this country.

From old Northumbrian kingdoms, through the Midlands, way over to the Welsh border, with an expanding set of experimental and traditional musicians interpreting the music that roots them, in their own unique ways. Songs and tunes reflecting everyday life in England: from racing pigeons to lost children, domestic violence to political street fighting. This is each artist's response to what From Here means to them, by way of identity or place, feeling or memory: "this is who I am, this is where I'm from".

More by Stick In The Wheel

CD
Tonebeds for Poetry (2021)
Stick in the Wheel

If you like Stick In The Wheel, then maybe...

See everything with Stick In The Wheel (e.g. CD, LP and VINYL)