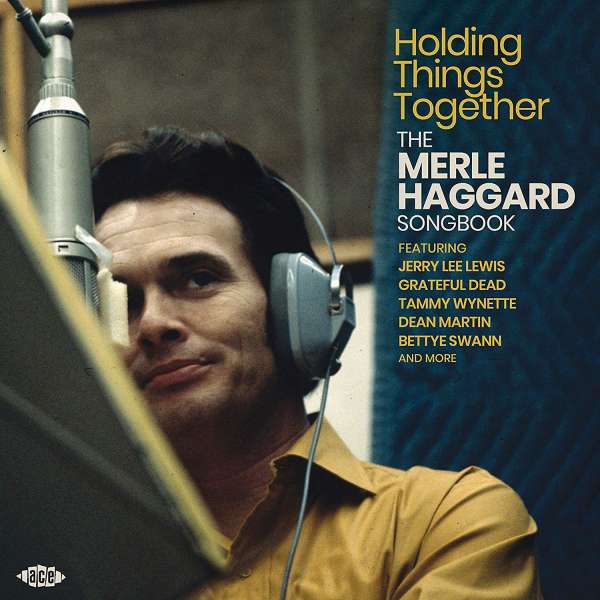 Universally known to his fans and peers as 'Hag', the late Merle Haggard was one of the prime exponents of the 'Bakersfield Sound', developed in the early 60s as an alternative to the increasingly smooth and homogenised country music that was coming out of Nashville.

As well as having one of the most distinctive and memorable voices of his generation, Haggard was also one of country's most prolific hitmakers and composers, writing more than three quarters of the hundred plus songs he placed on Billboard's Country charts between 1962 and 1990, as well as numerous album tracks.

The latest entry in Ace's 'Songwriter Series', "Holding Things Together" offers a broad cross-section of premium Hag copyrights, as reinterpreted by artists as diverse as Gram Parsons (in various guises), Bettye Swann, Lynyrd Skynyrd, the Grateful Dead and legendary 'Singing Cowboy' Roy Rogers, to name but a few.