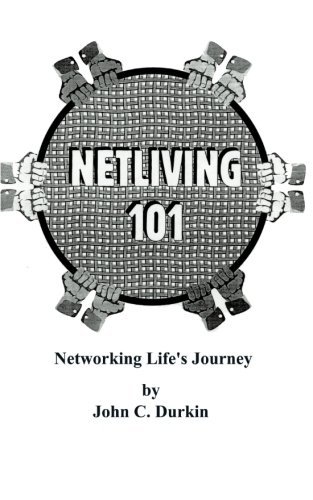 "It is not what you know, but who you know that counts." This old cliche is as true today as it was when it was first uttered. According to a recent survey conducted by Drake Beam Morin, Inc. (a large outplacement organization), networking fills 70 percent of professional positions. Networking for a job is the best way to tap into the unpublished job market. NETLIVING 101, Networking Life's Journey reaches beyond the job market into all aspects of life from the womb to the tomb. Hence the word networking is replaced by my newly coined word netliving .

There is currently no book, as indicated by reviewing Books in Print ,that shows people how to take advantage of networking techniques used in job hunting to enhance other facets of their lives. NETLIVING 101, Networking Life's Journey fills that gap by providing all the tools and information readers need to establish networks and have more enjoyable and successful lives. One of the reasons for choosing the title NETLIVING 101, Networking Life's Journey was because, to the best of my knowledge, no college or university offers a course as part of a curriculum on the subject.

In earlier, simpler times when most of the world's population lived in small villages where everyone knew their neighbor, there was no need to build networks for they were already in place. The local church or pub was usually the hub of the network. With the complexity of today's society it has become necessary to make a concerted effort to establish support networks in order to be successful and happy.

In this self-help book, ideas, examples and suggestions for netliving are developed through short vignettes based on the lives of real people. Names and places will be changed to protect the innocent.

NETLIVING 101, Networking Life's Journey is written using the concept known as faction. Essentially, faction refers to the inclusion of certain details which, although they may not have occurred exactly as described in point of fact, give the reader a clear image of the scene in his or her imagination. Rather than telling the reader what netliving is all about, this book demonstrates through the words and actions of the characters. Chapter One introduces the two key characters that appear throughout the book. Roberta and Richard are used alternately, from chapter to chapter, to provide different perspectives. The fabric of friendships is woven through the stages of life and applied to various life experiences from overcoming the fear of public speaking to preparing for retirement.

Netliving 101, Networking Life's Journey is designed for individuals who are career oriented, sophisticated, and thoughtful. Most people are concerned about their future and are taking steps to afford themselves successful, happy and prosperous "mature years."