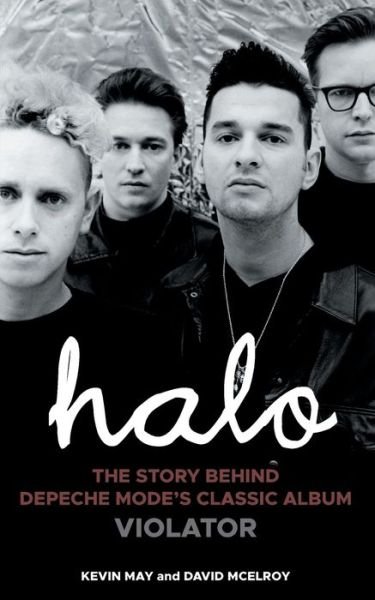 Recorded in England, Denmark and Italy between May and September 1989, Depeche Mode's seventh studio album 'Violator' was a landmark record beloved by fans and universally regarded as the band's creative highpoint.

Produced by the band with the influential studio guru Flood and mixed by the legendary Francois Kevorkian, 'Violator' is viewed as a hugely groundbreaking body of work by countless musicians and DJs, such was its progressive synthesis of electronic, rock, dance and pop music. The album revealed a new maturity and sensitivity to Martin Gore's songwriting and allowed the band's inquisitive Alan Wilder to come to the fore as a principal architect of the band's approach to studio production.

This period in the band's history also found them forging a deeply trusted and influential partnership with photographer and designer Anton Corbijn, often viewed as the fifth member of Depeche Mode at this time. Corbijn's work with the Area creative agency for the 'Violator' project delivered iconic, integrated artwork, photography, videos and short films across the album, its singles, and tour design.

Written by uber-fans Kevin May and David McElroy, with 'Halo' we find ourselves shadowing the band in the studio, on an intense, pivotal worldwide tour and on the sets of arty Super 8 vignettes. We watch as samples and sounds are painstakingly wrought into rhythms, as flights are missed to secure additional seconds of mix time, as label executives in boardrooms deliberate over the order of the album's singles. We find ourselves in downtown LA at the scene of an apocryphal riot as fans clamour to get their copies of the album signed. We observe the often misunderstood but hugely important role that the late Andy Fletcher played in the band and witness the tumultuous emotional pressures on the band's frontman, Dave Gahan.

During an intense and pivotal two-and-a-half years in the life of the group, we follow Depeche Mode as they complete their metamorphosis into one of the most significant bands of a generation, and place the success and innovations of 'Violator' at the dead centre of the rapidly-changing late-80s, early-90s musical zeitgeist.

More than an album biography, 'Halo' goes deep behind the scenes of the band's 'Violator' period. The book takes the form of a detailed oral history from those who were there in the studio with the band, working behind the cameras, designing sleeves and appearing in the videos; support acts, tour managers, publicists and fans.

The book features detailed interviews with central figures involved with the band as they transitioned their sound and image to a stadium-friendly aesthetic, as well as those whose trusted contributions were essential for the creation of 'Violator'.

With 'Halo', authors Kevin May and David McElroy have produced an essential guide for Depeche Mode fans and anyone inquisitive about the making of a classic, genre-defining album.