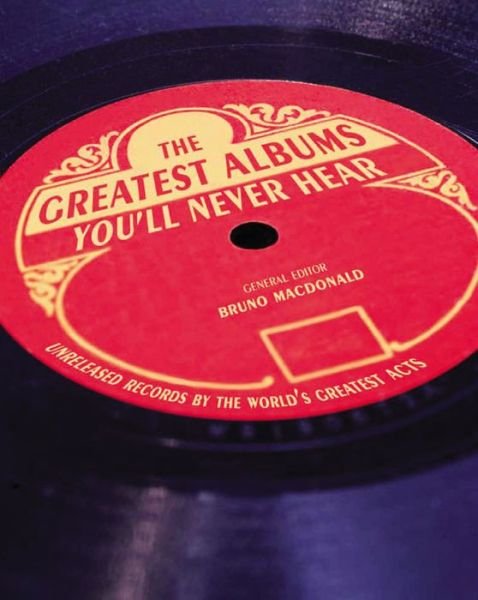 Self-destructive ambition, inter-band turmoil, record company politics, the theft of tapes, and even death have played their part in creating a sub-genre of mythic masterpieces. The Greatest Albums You'll Never Hear untangles the twists of fate, fights, and sheer bad luck that doomed these sometimes magnificent, sometimes misguided, masterpieces.

These tales take in legends like The Beatles and The Rolling Stones, cult heroes like Brian Eno and Frank Zappa, modern-day million-sellers like Green Day and Dr Dre, and mavericks like Prince and Neil Young, whose catalogs of unreleased material are as revered by fans as their official releases.

Some of the ideas evolved into classic albums, like Who's Next, Let It Be, Sign "o" the Times, and Nebraska. Some became must-have bootlegs, like Danger Mouse's The Grey Album, an epic mashup of The Beatles and Jay-Z. Some endured a torturous journey to belated release, like The Beach Boys' Smile. And others remain, tantalisingly, unreleased and unheard, like Pink Floyd's Household Objects and Green Day's Cigarettes and Valentines.

Each ill-fated work is examined in an in-depth article that tells the full, unabridged story. Accompanying the engaging text are spectacular original artworks of the album covers that might have been as created by acclaimed designers and illustrators today.

At once fascinating and heartbreaking, The Greatest Albums You'll Never Hear is a guided tour of rock 'n' roll's most intriguing unmade marvels-and a must-read for all music lovers.