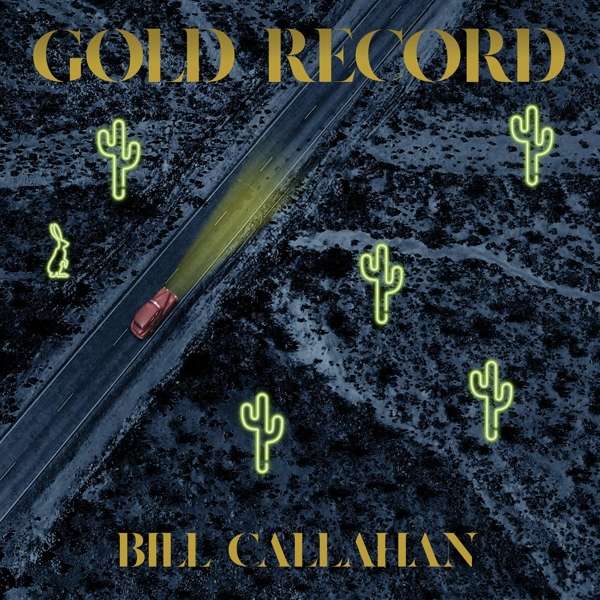 For his first record in....uh, well, just a little over a year (!), Bill Callahan's given us his first Gold Record. They can't all be gold, and they're not all six years apart either -- all good! You could probably call the album "Gold Records," too: all the songs have a stand-alone feel, like singles, meant for you to have a deep encounter with all of a sudden, from the start of the song to the finish. And what do you got when you have a record full of singles -- and let's face it, hit singles, at that?

That's a Gold Record for you.

From the top, it's clear this is music with an affection for people, as Bill immediately slips easily and deeply into his characters. Among them: a limo driver, a watcher of television, a suitor, a man in a broken-down car, a reader of books, a Ry Cooder superfan, and in the closing number, a wanderer who "notices when people notice things". The voices of the people, with their ups and downs, their loss and laughter. You can feel the love.

For Bill, preparing to tour for Shepherd In a Sheepskin Vest meant considering being away from home for long stretches of time -- maybe up to a year, who knew? Feeling his oats, Bill pulled out a few sketches from over the years and touched them up. Before he knew it, he was recording them, and in the shuffle, newer songs started popping up.

It happened fast. Basics were recorded live with Matt Kinsey playing guitars, guitars, guitars and Jaime Zurverza holding it down "and then letting it go" on bass. Drums and horns were brought in for a couple songs. Spirits were high! Six out of the ten were done first take; overdubs, when needed, came equally quickly. Listening, one hears their intuitive cohesion coming together richly behind Bill's titanic voice spread across the stereo spectrum: the gentle conversation of Bill and Matt's guitars, the subtle percussion of the bass and drums, and odd appearances of trumpet, woodwind and synth, striking notes both decorous and discordant, sounding for all the world like the naturally occurring sound meant to accompany and express lives lived everywhere.

These are in fact songs meant for other people to sing -- but until they do, Bill's got this. He's got a secret on this one, and before we go, we don't mind sharing it with you: he's figured out how to perfectly place his voice in proximity to your ear. It's based on the distance from your heart to your brain. Simple! Why don't more people think like this?